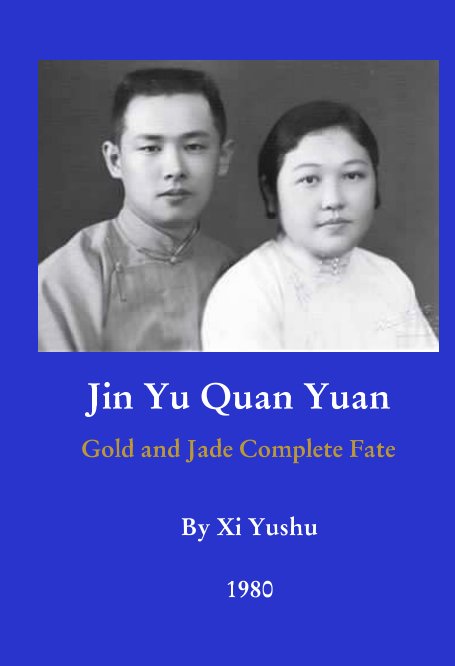 Xi Yushu’s memoir details his amazing life in China during the first half of the twentieth century when the country went through its most tumultuous time. Born in Shanghai at the turn of the century, he witnessed the most dramatic historical moments of his beloved country: the end of Imperial China, with the abdication of Emperor Puyi from the royal throne and the establishment of the Republic of China in 1912, the Sino-Japanese War, World War II, the Civil War, and finally the establishment of the People's Republic of China in 1949. Highly talented and a patriot, seventeen years old Xi was a prominent student leader of the May Fourth Movement, which had a profound influence on the country’s politics and cultures. He held important roles in the government of the Shanghai International Settlement, contributing to the modernization and improvement of its legal system, economic policies, public welfare, and education. At the height of World War II, as Councilor from Shanghai, at the request of Chiang Kai-shek, he traveled to the United States and Britain to learn about their city administrations. After World War II, Xi continued to actively participate in many post-war political, public, and philanthropic activities. As the memoir ends in 1949, apart from a chapter on acupuncture, Xi Yushi’s children and grandchildren wrote brief remembrances to fill the broad outline of the missing years, from 1949 until 1982, when Xi lived in Hong Kong, Brazil, and the United States.

The original Jin Yu Quan Yuan written in Chinese contained detailed accounts of Xi's life in China, as well as excerpts from a memoir written by his wife Jin Zhenyu, also a student leader of the May Fourth Movement. Portions of his memoir thought to be most meaningful for the extended family members were selected for translation in this book.

Pauline Yen Ho was born in the United States to Chinese parents, raised in Hong Kong and Brazil, and educated in Brazil and US, making her—as she calls it—a citizen of the world. Before her retirement in 2010, she spent more than 37 years at Johnson & Johnson, where she was one of the first emerging market executives to run a global franchise for a multi-billion-dollar portfolio. She was widely recognized for her passion to mentor and develop talent around the world. As a happy grandmother, Pauline lives in Bridgewater, New Jersey with her husband Alex and daughter Tatiana, and spends her time writing, reading, cooking, knitting, singing in the church choir, but most of all enjoying time with her beloved family, especially her three little granddaughters.