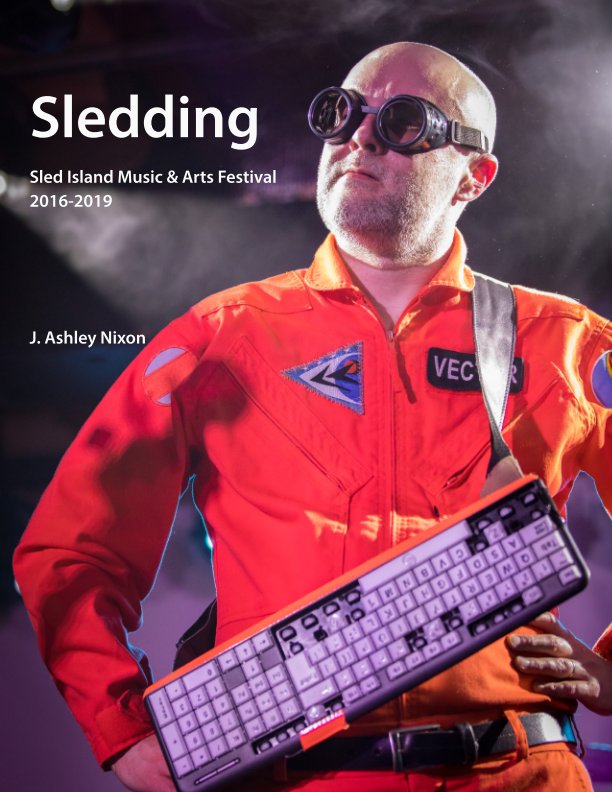 According to the metadata from my cameras, the last photograph I took at Sled Island was at 8:25 pm, Sunday, June 23, 2019. I was standing in the rain at the 1st Street C-Train station in downtown Calgary, waiting to head back home. I looked across the tracks and photographed The Palomino Smokehouse and Social Club. I had arrived there four hours earlier to cover the gigs and take some portraits of the volunteers, artists, and music fans celebrating with a traditional pig roast BBQ on the final day of Sled Island 2019.

In some ways, that day was like my first day as a Sled Island photographer, exactly four years previously at the same venue. On that Thursday night, June 23, 2016, I covered the performances of three bands downstairs, adapting my settings to deal with the low light conditions; waiting to catch the spotlight transitions and capture a chord change, a wide-eyed look from a singer, or some other decisive moment of performance.

Between those dates, I photographed 66 bands, solo musicians and stand-up comedians at ten venues across the city. Each year, it was an exciting, and exhausting, effort over four or five days to capture images at the evening gigs, sleep for a short while then get up to edit, select and download the photos to meet the 10:00 am deadline. Before the next set of gigs, I would write up stories for my blog, and do some research about the artists I would be seeing later in the festival.

Four years on, the world is a different place. Just like most other public events, the COVID 19 pandemic struck Sled Island and it had to be cancelled. It is surely a pause in the rhythm and rhyme of live artistic performance, and it should be back in 2021. Here is my version, in words and images, of some of those events.
Author website
http://www.jashleynixon.com

J. Ashley Nixon Communications is a unique arts and science-based consultancy that brings together expertise in sustainability management with visual storytelling and technical writing. The company's advisory, photographic and filmmaking services are geared towards managing, better understanding and communicating on environmental and social issues.