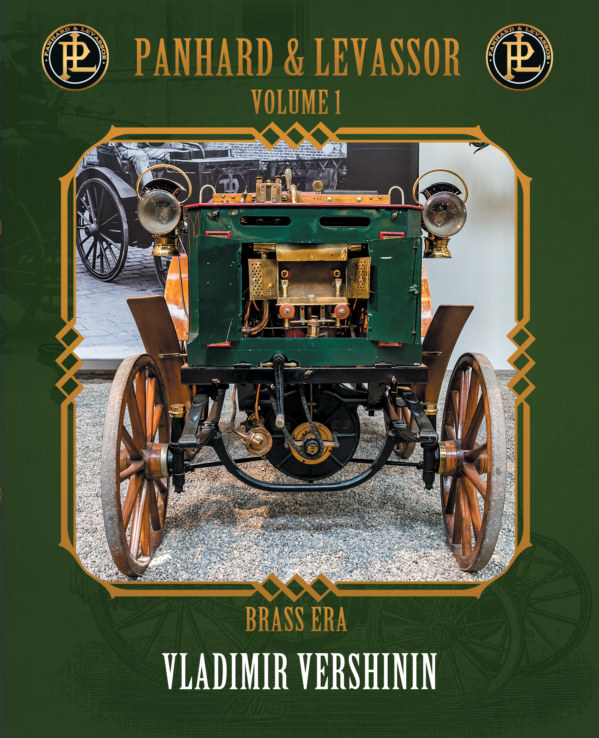 This historical monograph dedicated to the first French automobile company, Panhard and Levassor, which consists of two volumes. The first volume (120 pages) covers the period from the mid-19th century, before the company, then called Perin et Cie., began producing cars, and ended with the death of Emile Levassor in April 1897.

In my book, I describe in detail the entire technical evolution of Panhard and Levassor, throughout which the company went from producing furniture, wood, and metalworking machines, to the most advanced automobiles in the world. Starting as a furniture workshop, Panhard and Levassor grew into the world's largest automotive company in the early 20th century.

The book uses archival documents from Panhard and Levassor, kindly provided to me by Philippe Krebs and the archives at the Centre d'archives de Terre Blanche, as well as the French Patent Office (INPI). I am also grateful to Bernard Vermeylen for the advice he provided.

In my research, I used a multitude of French, American, and English books and magazines from the late 19th and early 20th centuries. Among them are French magazines La Locomotion, La Vie Automobile, Omnia, and La Vie au grand air, British publications The Autocar and The Automotor Journal, and American magazines The Horseless Age and The Automobile, among others.

The book contains hundreds of illustrations, many of which are unique and have not been published anywhere else.
Author website
http://brasscarera.com/