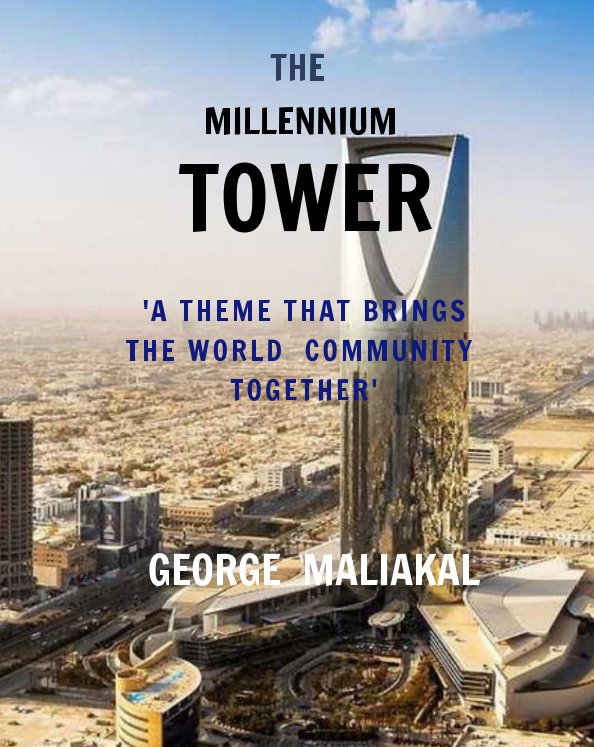 THE MILLENNIUM TOWER (The Kingdom Center at Riydh)

A Theme that brings the World Community together

This is my first book titled ’The Rising Tower’, which I wrote while I was working as a Project Engineer in the same project during 1998- 99, with a theme that brings the World Community together for a noble cause. Even now, I wonder, how could I conceptualize such a wonderful theme and develop such a beautiful story around the Tower Complex.

The 300 meter tall Kingdom Center Tower Complex has a SKY Bridge on top. And with all ultra-modern facilities, this Tower Complex has become the most sought after tourist destinations across the world. Visiting this place has become fulfilment of a ‘dream and a 'life-time achievement’ for many.

In a sudden turn of events, over ten thousand people including men, women and children who were inside the Kingdom Centre Tower Complex are taken hostages by an International Action Group.
This Action Group in their letter to the head of the World Body, the UN Secretary General, claimed the full responsibility for this action and placed their demands against the release of the hostages, a shocking news to the world community!
How did the Action Group manage to enter the Tower Complex undetected and took full control of the whole Complex, in spite of their ultra-modern security system is an unsolved mystery, perhaps, only the author knows the answer.

All the events that followed this hostage crisis across the world, including the involvement of UN, and the UN Secretary General’s powerful speech/ message to the world leaders as well as to the world community are highlights of this book.

The ‘horrifying episodes’, exciting and breath-taking moments that followed the hostage crisis and the developing situation around the world, are well described very dramatically, in real terms and conveyed through various studio discussions and TV Interviews in a most professional manner.
Finally, what happened to those hostages? Were they released? Or the Kingdom Center Tower Complex was turned into another Towering Inferno?

An engineer officer of the Indian Army, now enjoying a retired life, in my hometown. While serving in the army, I had the very rare opportunity, for being very closely associated with the execution of Naval Dry Dock Gates at Vizag. It was a unique project, which increased my confidence level in planning and execution and supervision. After my early retirement, I conceptualized, designed and setup a pharmaceutical company (McGlan Pharmaceuticals Pvt. Ltd.) in July 1988. I was the Chairman and Managing Director (CMD). Worked as a Senior Project Engineer for an international construction company in the Middle East from 1997 to 99. We have a non-profit charitable organization, Save A Life Foundation (SAL). Authored 14 books and published. 12 books are available online. Travelled extensively in India and abroad. Have 195 videos on my YouTube channel. Also I have the following websites: www.onlineworld-glan.com; www.makedreamsintoreality.com and very active on social networks