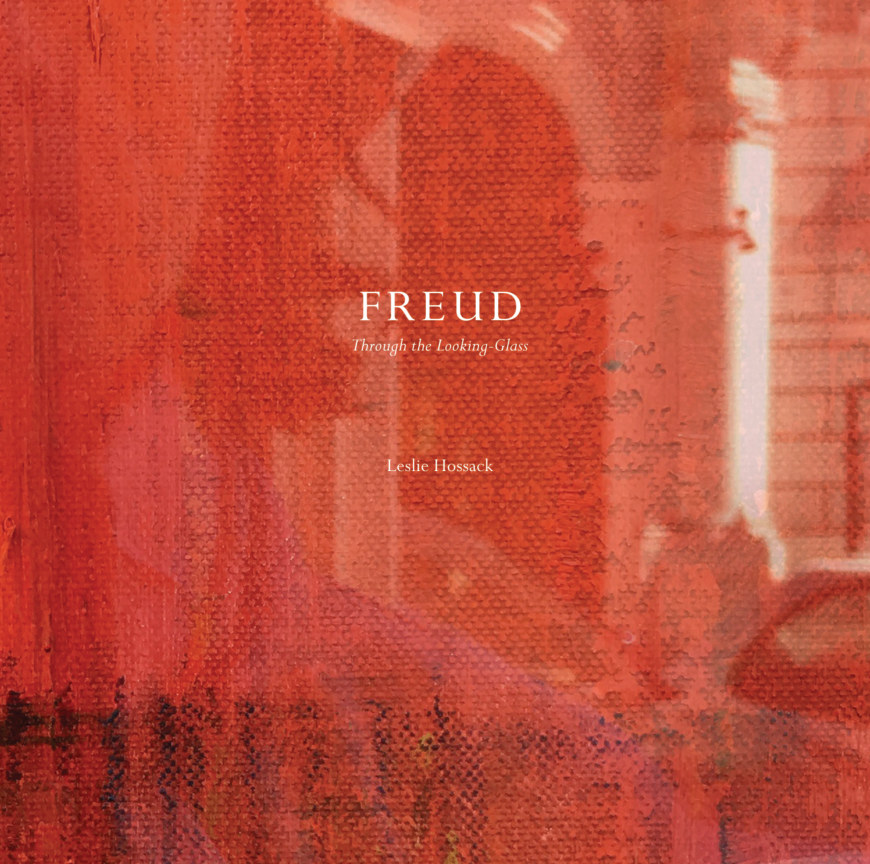 Freud Through the Looking-Glass

"Freud Through the Looking-Glass" features a collection of photographs by Leslie Hossack. This book explores Dr. Sigmund Freud’s pre-war Vienna, Hitler’s wartime Vienna, letters handwritten by Freud, books from The Pelican Freud Library, as well as art works and self-reflections captured by the artist through the lens of “Freud’s looking-glass.”

For almost 50 years, Sigmund Freud, the father of psychoanalysis, lived and worked at number 19 Berggasse in Vienna. Hossack writes: “On each of my visits to his office, I searched for items that Freud had actually touched, relics that contained his DNA... Freud’s clinical methods have been questioned, his academic theories discredited and his personal conduct criticized. However, his concepts continue to shape our thinking and colour our conversations today. We talk knowingly about the id, the ego and the superego; the Oedipus complex and the death wish; female and infantile sexuality; the conscious, subconscious and unconscious; and of course, the Freudian slip. We are all Freudians.”

In addition to more than 80 colour photographs, "Freud Through the Looking-Glass" contains: an insightful foreword by Dr. Stefan Pehringer, Austrian ambassador to Canada; an informative essay by Dr. Anja N. Caspary; a chronology of Freud’s life; a list of further readings; and writings by the artist.

Leslie Hossack’s photographs have been exhibited across Canada from Vancouver to Newfoundland and in the United States. Focusing on the conflicted environment of the mid-20th century, Hossack has completed major studies of historic locations in Vancouver, Paris, Berlin, Jerusalem, Moscow, Kosovo, London, Normandy, Vienna, The Channel Islands, Rome, Copenhagen, Edinburgh and Glasgow. Articles about Hossack have appeared in publications in Canada, the US and the UK. Her work is held in private collections at home and abroad, and in public collections including: Library and Archives Canada; Canadian War Museum; Diefenbunker: Canada’s Cold War Museum; Diefenbunker: Canada’s Cold War Museum; Nikkei National Museum; City of Vancouver; National Churchill Library and Center, Washington DC; and Sigmund Freud Museum, Vienna.