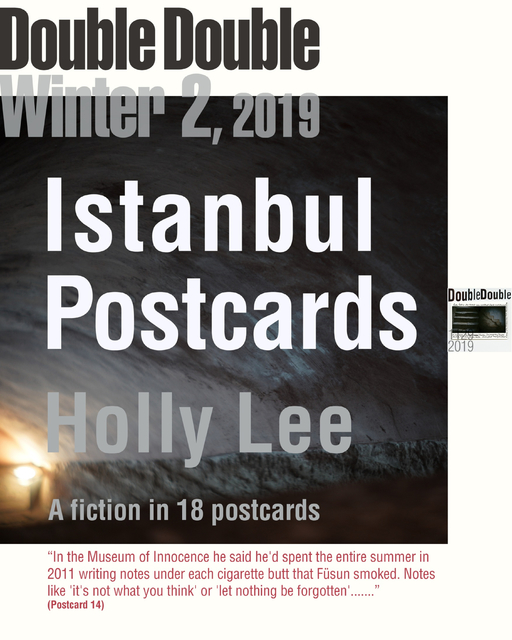 This is the price your customers see.

Istanbul Postcards is a piece of creative work, a collaboration between Holly Lee and Lee Ka-sing, incorporating fiction and photographs in eighteen hand-made postcards of a fabricated journey.

This book documents the project in detail, with life size reproduction of the eighteen original postcards, both front and verso. It also includes an introduction about the project written by Holly Lee.

In the Fall of 2018, three friends, Lee Ka-sing, Kai Chan and Holly Lee spent almost two weeks traveling in Istanbul. Returning home, flooded with indelible experiences and vibrant memories they re-examined their journey in an art exhibition “A Year After Istanbul”, which eventuated in 2019. Istanbul Postcards was planned to be part of that exhibition.

Istanbul Postcards was produced in 2019, one year after the actual trip in 2018. In the book, Holly Lee described the project, “was actually conceived around March in 2019: as a fiction, a reimagined Journey to Istanbul. It was alleged to be included in A Year After Istanbul. Ka-sing collaborated with me by applying his diptych images from Istanbul and printed out 18 handsome and unique postcards. I wrote little stories on each of them, sent over to a friend Cem Turgay, a photographer who lives in Istanbul, who was supposed to mail them back one by one, to Kai in Toronto. This prankish idea was to cheat Kai, when he received the postcards he would believe, without a single thread of doubt that Ka-sing and I had visited Istanbul for a second time”.

The Istanbul postcards originals were published in DOUBLE DOUBLE, in the 1129-2019 issue. This book is now released in 2021, as Double Double, Winter 2, 2019 under the title “Istanbul Postcards”. The contents were based on the previously mentioned ezine, with additional materials.

2. An ebook for iOS or Kindle platform

Ocean Pounds is a platform for a number of art-driven projects, founded in 1995 (Hong Kong) by photo-based artists Holly Lee and Lee Ka-sing, headquartered in Toronto since 2000. Ocean Pounds is also a primo spot to acquire Holly and Ka-sing’s work - from the very recent to vintages dated back to late 70’s. Furthermore, it acts adequately as a venue to locate fine art pieces from their past organized projects (Gallery, Representation, Print Program), with work from prominent artists notably Nobuyoshi Araki, Christopher Doyle, Yau Leung and Yao Jui-chung.