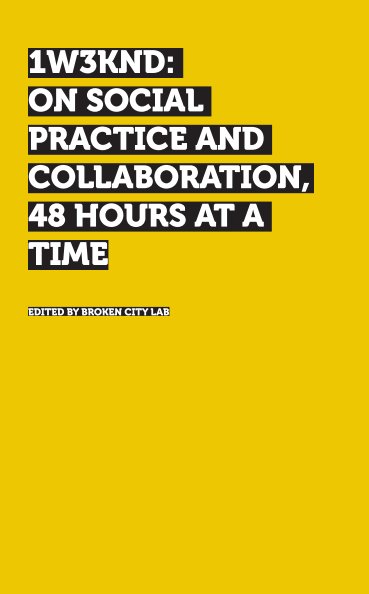 On Social Practice and Collaboration, 48 Hours at a Time

1W3KND stood for One Weekend, Three Thousand Words, No Distractions. It was a starting place, driven mostly by a constant, nagging feeling that there was a certain perspective missing from contemporary discourse around socially-engaged practices. We often wondered where the texts were from the young, emerging artists, curators, and thinkers from across disciplines that were creating and organizing socially-engaged projects? What might these practitioners want to think about if given a platform to do so? What are the complicated, emerging positions in the growing discourse around social practice?